If that’s the aim, placing the blame…

“In self defense, I accuse the writers of fairytales. Not hunger, not cruelty, not my parents, but these tales which promised that sleeping in the snow never caused pneumonia, that bread never turned stale, that dragons could be killed with courage, that intense wishing would be followed immediately by fulfillment of the wish. Intrepid wishing, said the fairytales, was more effective than labor. The smoke issuing from Aladdin’s lamp was my first smokescreen, and the lies learned from fairytales were my first perjuries. Let us say I had perverted tendencies: I believed everything I read.” – Anais Nin, A Spy in the House of Love

“You look like Cinderella,” M told me. “Here, you have to watch this.”

Aghast, I stared at the screen between painting her nails with neon symbols.  “Really? She’s… really?”

I was insulted (and therefore disinterested) enough that she turned off the VHS after a couple of songs, not because Cinderella wasn’t pretty, but because she was downright dweeby looking. Insanely long hair. Glasses. Soot. I couldn’t quite turn off the refrain in my head after that, though. We gave it another shot. She made me a cassette tape of the soundtrack,  and I connected with it in ways that I’d never been able to bond with my Gloria Estefan collection. I’m amazed that I didn’t wear that tape through. 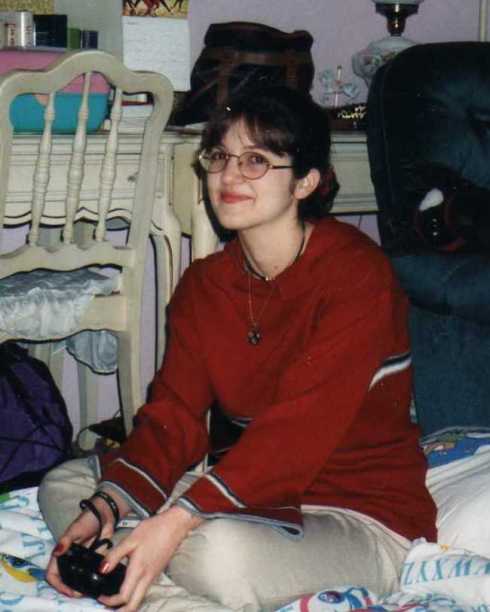 Sure enough, not only my looks paralleled Cinderella’s: my life has as followed the path she took in  Into the Woods – a Broadway Show that entwines several fairy tales together and throws in a baker for good measure.

Cinderella didn’t exactly lead a charmed existence in her home life. Check. “The closer the to the family, the closer to the wine!” says her father. (Check plus for liquor instead.)

All Cinderella wanted was to escape the narrow confines of her existence, get out and have a good time, experience life. “I wish, more than anything… to go to the festival! And the ball!”

While out enjoying herself, Cinderella drew lots of attention from a very charming, eligible prince. (“What’s as intriguing or half so fatiguing as what’s out of reach?” he sings charmingly.)

She’s on the fence about her Prince Charming, but makes a decision, “which is not to decide.” She allows him to pursue her despite her apparent lack of interest. Taking the passive path is a temporarily easy way out, but in the long run, letting someone else direct the course of your life means that you may end up somewhere that you really don’t want to go.  She ends up being pursued right into marrying the guy, still spending her time thinking about festivals and balls (and not so much him), while he’s out enjoying the chase… of someone he doesn’t already have locked down.

Meanwhile, the other parts of the story all coalesce, bringing the characters together in the wake of the giant’s death. The giant’s wife has come down the beanstalk in pursuit of Jack, so that she can have her revenge on him for her husband’s death. The baker, a true family man, has succeeded in lifting the curse placed on his family, and now he and his wife have the child they so desperately wanted. And then the giant stomps on his wife. Squish.

In this track, all of the characters take turns blaming one another. That’s kind of like life.

Tonight I had this long, painful talk with my now-thirteen-year-old stepdaughter. This is quite possibly the first meaningful discussion that I’ve ever had with her as a young woman instead of as a little girl. I’m not sure how it began, but I remember hearing myself say “We were trying to make it work again…” as I was narrating a story, and she responded “Please don’t [try again].” It was immediately as if a ton of bricks had been lifted off of my heart.  She hastened to reassure me that she loved us and wanted to spend time with us; just not together.

Tears of joy were practically springing to my eyes at the confirmation that it was alright to let the thing lay dead. “I don’t want to,” I said. “Because it doesn’t work. I knew better a long time ago and kept trying because I wanted to make it work for you kids.”

I’d have been happy if it had ended there, but there was a rabbit trail: how do you have a relationship with your former stepchildren when you aren’t getting along with their parents? I’m culpable for plenty of things in the past. After the last video (above),  the witch proceeds to launch into song. “If that’s the aim, placing the blame, give me the aim: just give me the boy.” But the people are too “nice.”

“You’re not good, you’re not bad, you’re just nice!” Indignant at the injustice of it, she shrieks her way into a demise at her own hands.

I’ll gladly take the blame for the way things went if I can still keep a good relationship with the kids.

And Cinderella? Well, she ends up with the baker, who’s a much better fit for her.

Well I ran from him

in all kinds of ways.
Guess it was his turn this time.

Time thought I’d made friends with time
Thought we’d be flying –
maybe not this time.

Baker, Baker
Baking a cake
Make me a day
Make me whole again
And I wonder
If he’s okay.
If you see him say hi.

I don’t pretend to deserve my baker, but I’m really hoping for a happy ending anyway. 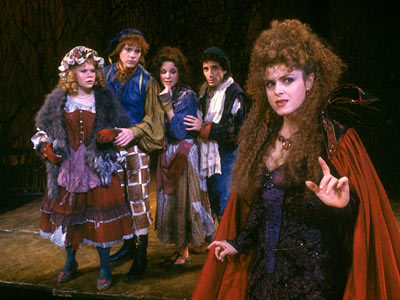 Thanks, M, for introducing me to the sountrack of my life. Love to you always, Girl, and Merry Christmas!

Writer of words, thinker of thoughts, dreamer of dreams, mom. END_OF_DOCUMENT_TOKEN_TO_BE_REPLACED
This entry was posted on Sunday, December 23rd, 2012 at 11:35 pm and tagged with Baker, Broadway, Cinderella, Into the Woods, James Lapine, step, stepchildren, stepdaughter, Stephen Sondheim and posted in Life, Musicals. You can follow any responses to this entry through the RSS 2.0 feed.
« Sexual Abuse
What makes me a writer? »